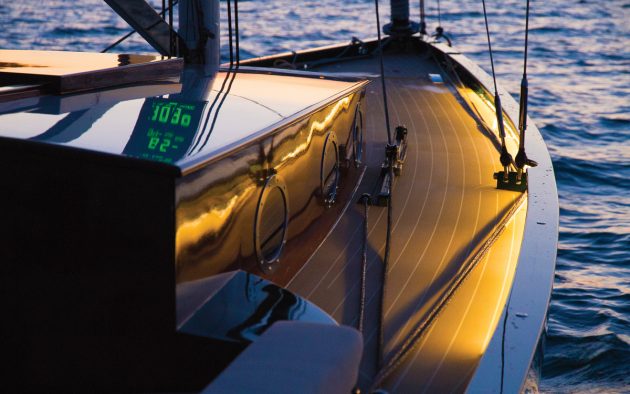 Every sailor is familiar with the wet cough of the diesel engine, and the acrid smell of its exhaust. For some it’s the sign that an adventure is starting, for others it is the reassurance that all is well on board the boat. The traditional engine is perhaps your boat’s most important safety feature, but its days may be numbered. The electric sailing revolution is coming – and though adoption in the marine sector is proving much slower than in the automotive world ashore, progress is being made. The market is still relatively small. Clear market leader Torqeedo had sales of €25m last year, most of which was in ferries and compact outboards. It also offers a range of saildrive and pod drive motors for yachts displacing from 2 to 50 tonnes, or roughly 20-60ft LOA. But sailors have been slow on the uptake, and for one good reason: if you’re planning to cross an ocean or take on tough conditions offshore, you rely on your engine to help you outrun danger or motor through the doldrums – sometimes for days at a time. Even with the current crop of advanced lithium-ion boat batteries, the range of an electric system is measured in tens of miles, not hundreds. So a 35ft monohull with 10kWh of lithium battery (four units weighing 96kg in total) would have a range of just 24 nautical miles at 3.8 knots, or less than 16 nautical miles at full throttle. Taking into account the incredible wastage of combustion engines, which dissipate more energy as heat and noise than they provide in propulsion, diesel is still ten times more energy dense than batteries. “When you look at bluewater cruisers, of course you will have a diesel,” says Torqeedo’s founder and CEO, Dr Christoph Ballin. “And it’s right that not many coastal sailors opt for pure electric.” But that doesn’t mean that electric has no interest for cruising sailors – far from it. The more common route for ‘normal’ sailors will be to combine diesel and electric in a hybrid sailing system. Under this model, the engine is replaced by an electric motor, hooked up to a bank of lithium batteries. This can be charged via hydrogeneration – when the speed under sail turns the propeller and puts charge back into the batteries – and solar or wind. But when extended periods under power are required a standalone DC generator, which can be installed anywhere on board, supplies the electricity. This is the set-up recommended by Finland’s Oceanvolt, which has focused on the cruising sailing market with a range of shaft and sail drive motors from 3.7kW to 15kW (roughly 10hp to 45hp in diesel engine terms). “In the case of the round-the-world cruiser, we recommend a hybrid system with a backup genset to support continuous drive when/if needed,” says Oceanvolt CEO Markus Mustelin. “A regenerating prop, which spins while sailing and recharges the batteries (sacrificing 0.2-0.4 of a knot, depending on the boat and conditions) makes it … Continue reading How hybrid sailing yachts finally became a feasible option